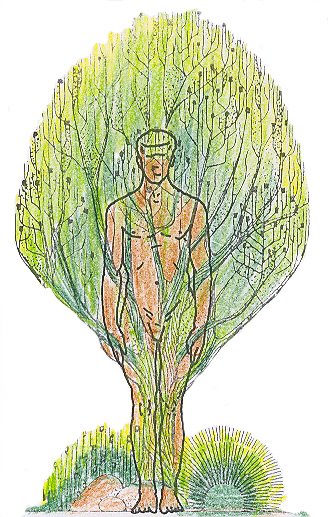 CGBMT-The School of Simple Living has started a year-long campaign from 20th April, the Earth Week, on social media to bring awareness to the common man, suggesting small doable interventions in their daily life to effect cumulative transformational changes through eco-education. Together with the campaign, we have started eco-educational talk series – titled ”Simple Talks - Sadharan Baten", on environmental issues to achieve the UN-SDG goals. We plan to address this by taking up issues concerning each element of Panchtattva (the five elements) - Earth, Water, Fire, Air and Space through our campaigns for advocacy, talks, courses, projects and so on.
Our first talk was hosted as a live webinar on 5th June 2020, the World Environment Day 2020, with FOA-Abdul Kalam Technical University, UP as hosting partner on "Biodiversity and its importance to the existence and well-being of Man" with renowned activist Dr Yellappa Reddy, IFS(Rtd) and eminent architect Ar. Prof. K R Jaisim.
Currently, this being a rainy season, we are focusing on Water, starting from 11th May - 5th July, and plan to host a webinar with eminent people who have been working in this field for a long time, also including on the ground persons like well diggers etc. The major topics include - Hydrology, Water pollution, Rainwater harvesting, Sanitation, and Traditional and contemporary water management systems; all focussed on water conservation and literacy to achieve water equity for the community.

Rajendra Singh (born 6 August 1959) is an Indian water conservationist and environmentalist from Alwar district, Rajasthan in India. Also known "waterman of India", he won the Magsaysay Award in 2001 and Stockholm Water Prize in 2015. He runs an NGO called Tarun Bharat Sangh; (TBS), which was founded in 1975. The NGO based in village hori-Bhikampura in Thanagazi tehsil, near Sariska Tiger Reserve has been instrumental in fighting the slow bureaucracy, mining lobby and has helped villagers take charge of water management in their semi-arid area as it lies close to Thar Desert, through the use of johad, rainwater storage tanks, check dams and other time-tested as well as path-breaking techniques. Starting from a single village in 1985, over the years TBS helped build over 8,600 johads and other water conservation structures to collect rainwater for the dry seasons, has brought water back to over 1,000 villages and revived five rivers in Rajasthan, Arvari, Ruparel, Sarsa, Bhagani and Jahajwali. He is one of the members of the National Ganga River Basin Authority (NGRBA) which was set up in 2009, by the Government of India as an empowered planning, financing, monitoring and coordinating authority for the Ganges (Ganga), in exercise of the powers conferred under the Environment (Protection) Act,1986.In the UK he is a founder member of an NGO called the Flow Partnership which aims to counter the negative effects of soil erosion and flooding.
Ar. Neelam Manjunath is an architect, planner, scientist, activist and theoretician, with two graduate degrees, in Science from REI Degree College, Dayalbagh, Agra and in Architecture, from Govt. College of Architecture, Lucknow in 1987. Her education, however, is much wider and includes training in several skills related to sustainable architecture, Media Architecture and Charrettee Training from Graduate School of Design, Harvard University, as well as a PG Diploma in Theology from Dayalbagh University, Agra. She is a practicing architect since 1991, currently based in Bangalore. Her architecture is distinguished for the use of low energy materials and technologies with special emphasis on Bamboo.
Click here
We suggest moving this party over to a full size window.
You'll enjoy it way more.
Close
Go Fullscreen