Designing Spaces for Learning is not a straightforward output - the design should nurture creativity, learning, and curiosity. Some of the recent major projects of the Kanvinde Rai Chowdhury led by Architect Tanuja  have been award-winning competition entries like Instem – Stem Cell Research Centre at Bengaluru completed in 2019, Research Lab Complex at IIT Kanpur, Research Park at IIT Gandhinagar, and Master Plan and Academic Complex for IIT Bhilai.

If your college AD studio intends to reimagine Spaces for Learning and wants to explore online it with other colleges and faculty across the country all online, join this studio and hop on to the learning journey planned by Ar. Tanuja Kanvinde for your college.

The collaborative studio is a unique effort to bring students, faculty and practitioners on one platform. The key features of this studio include the following, 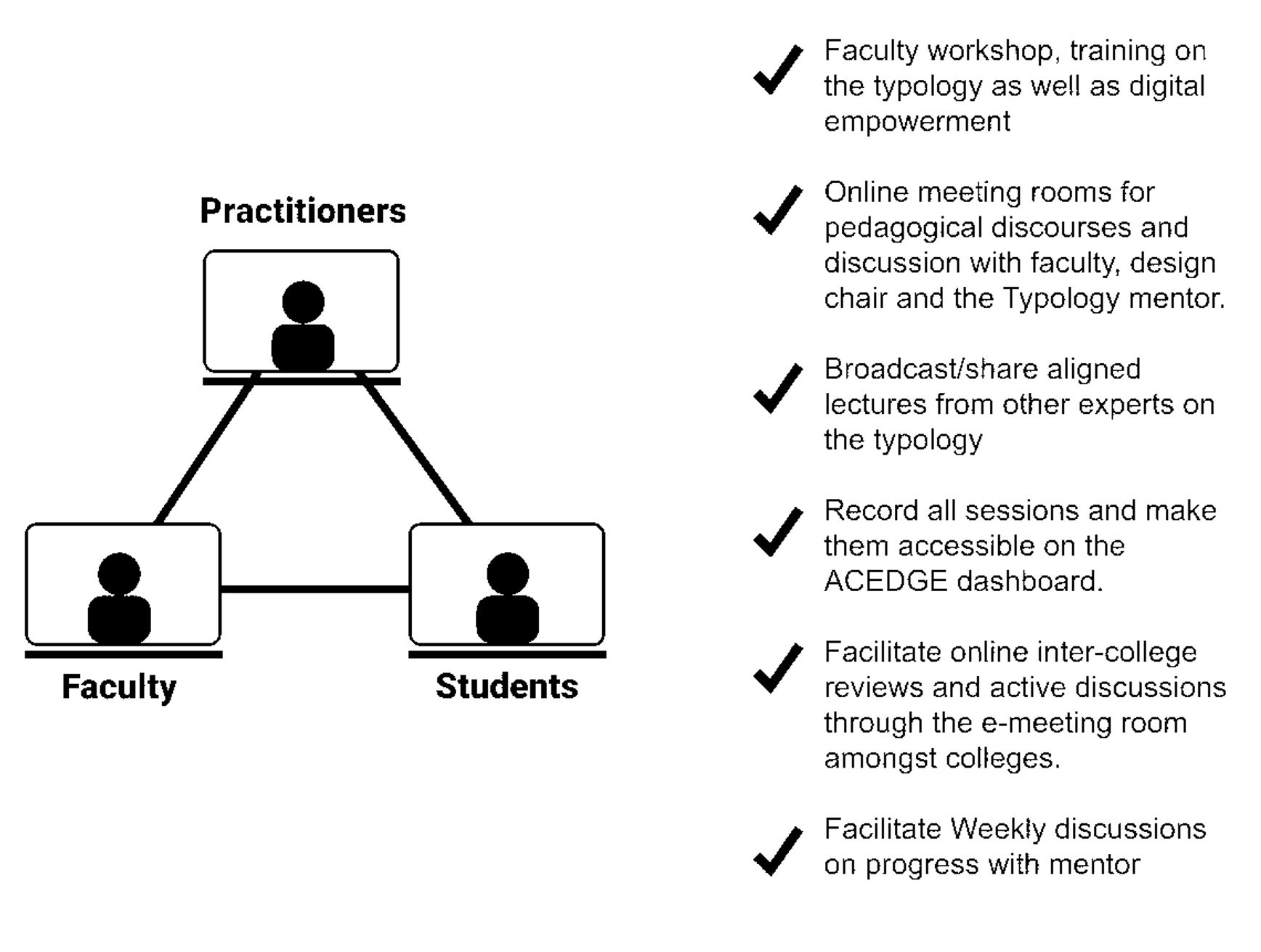 To know more about our past studios click here.

Tanuja is a partner at the studio practice of Kanvinde, Rai and Chowdhury based in New Delhi. Through her professional journey, she has had the privilege of being mentored by some of the Modern Masters of the country like Padalkar, Joseph Allen Stein, Morad Chowdhury and Achyut Kanvinde. Tanuja i s a graduate of University Visvesvaraya College of Engineering, Bengaluru. She is a Fellow of the Indian Institute of Architects. Tanuja has been actively involved in academics and has been a Visiting Professor at School of Planning and Architecture, New Delhi for over 2 decades. She has been on the jury of several National Architectural and Interior Design Competitions. She has been an invited guest speaker at many seminars and conferences. She is the President-Elect, Institute of Indian Interior Designers (IIID), National Executive Council for term 2019-2021. As a Chairperson of the IIID Delhi Regional Chapter from 2012-15 and as a Chairperson, IIID National Awards Committee and IIID Education Committee for the term 2015-19, she has played a key role in promoting the profession by curating several Seminars, Lectures and National Awards. She is the co-author of the monograph Achyut Kanvinde - Ākār - on the works of the modernist Master Achyut Kanvinde published by Niyogi Books in the year 2017.
27 Aug: Week 0- Student orientation (How to collaborate online)

3 Sept: Week 1- Brief- expectations & personalisation: 1 student representative presents the Brief and the Site. Conclude with tips for the next class on site analysis & case studies.

10 Sept: Week 2- SWOT of the Site, Acedge to propose to the faculty 2 sites in the same studio or Conduct site analysis as a Collaborative Seminar in the studio. Divide the class into groups and each group presents a detailed study of one aspect of the analysis.

24 Sep: Week 4- Divide studio by typology, size of the project, spaces and students present in these groups
2 week Holiday

1 week after all internal marking concludes top three students from each college will be invited to present and one finalist will receive the Travel Scholarship worth Rs. 40,000.

“Post Pandemic MOOC courses have made the teaching learning processes in architecture accessable to many more in multiple locations, in different time zones. Ethos has incorporated skill development for our students and faculty to get exposure from the global leaders in the professional field who shared their India experience,the collaborative studio programs are a game changer for all the facilities and students, where the outcomes are beyond expectations.”